HBO wanted to generate media buzz for their upcoming show Watchmen.  To enhance their OOH campaign, we designed a custom-coded augmented reality experience that fits into a traditional transit shelter.  The AR effect HBO wanted to create was to make it appear that squids were raining onto the New York and Los Angeles cityscapes.

We started out by installing cameras at the desired locations to capture the cityscape.  This allowed our coders to recreate the 3D environment within the computer.  From there, they picked out moving objects, people, and vehicles to create realistic squid splats as the storm passed through.  The computer algorithm was constantly calculating the physics of the storm by modeling the squid velocity and angle against the shapes it impacted to determine bounce and slide behavior following impact.  After the game environment was created, we had to merge it with the camera data to produce the live action.  Additional programs were written to monitor PC performance, the reading of movement, sensors to trigger the start of the experience, timers to start and stop sequences appropriately, and measurement and control of heat within the PC/Camera environment to facilitate cooling when necessary. We fabricated a custom insert to hold all of the components and make installation as simple as possible.

The Los Angeles location did allow sound, so speakers were added to the shelter to play an alarm sound at the beginning of the squid storm.  While each AR project is unique, we were able to complete this project in 12 weeks. With all of the programming, coding, and site visits, we recommend 10-16 weeks for an AR project from start to finish. 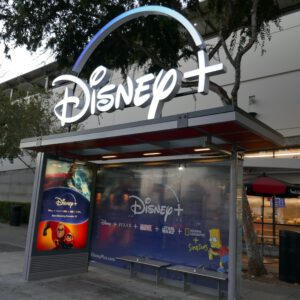 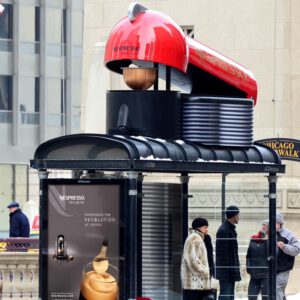 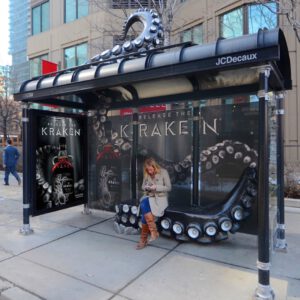